• 1923 ~ Billy Jones and Ernie Hare, The Happiness Boys, were heard on radio for the first time. The two were billed as radio’s first comedians and were also credited with creating and performing the first singing commercial.

• 1942 ~ Patricia McBride, Ballerina: New York City Ballet. For many years she was Mikhail Baryshnikov’s only partner

• 1943 ~ LIFE magazine spotlighted a dance craze that was sweeping the U.S.A., the Lindy Hop

• 1947 ~ Margaret Truman, daughter of U.S. President Harry S Truman, presented her first public concert.  Margaret sang before 15,000 people at the Hollywood Bowl. The concert did not get great reviews. In fact, the critics didn’t like Margaret’s singing at all. And Margaret’s dad didn’t like the critics, and said so, from the White House.

• 1966 ~ The U.S. premiere of the motion picture Help!, starring The Beatles, was held for thousands of moviegoers wanting to see the group’s first, color, motion picture. Their first film, A Hard Day’s Night, had been produced in black and white.

• 2001 ~ Kathleen Freeman, a veteran character actress whose face if not her name was known to audiences from television sitcoms, the film classic “Singin’ in the Rain” and Broadway’s “The Full Monty,” died of lung cancer at the age of  82.
Freeman gave her final performance in “The Full Monty”. She played a sassy piano player in the hit musical and earned a Tony nomination in May 2001.

Starting in the Golden Age of television, Freeman appeared in such shows as “Topper,” “The Donna Reed Show,” “The Beverly Hillbillies,” “The Dick Van Dyke Show,” “Hogan’s Heroes,” “The Lucy Show,” “The Golden Girls,” “Murphy Brown” and “Married … With Children.”

“This will sound very corny and I’m sorry,” Freeman said last year in an Associated Press interview, “but I have always had the sense I was put here to do this: I am somebody who is around to help the world laugh. I have always had that sense. Corny but absolutely true.”

In “Singin’ in the Rain,” considered by many to be the best movie musical ever made, she played Jean Hagen’s frustrated voice teacher. Among Freeman’s other films were the sci-fi thriller “The Fly,” “The Rounders” with Henry Fonda, “Far Country” with Jimmy Stewart, and “North to Alaska” starring John Wayne. More recently she appeared in “Dragnet,” “Gremlins II,” “Nutty Professor II: The Klumps” and both “Blues Brothers” comedies.

Freeman was born in Chicago and was propelled into show business at age 2. Her parents had a vaudeville act, Dixon and Freeman, in which their daughter did a little dance.

Freeman attended the University of California at Los Angeles, where she majored in music and was going to be a classical pianist. Then, she said, “A terrible thing happened. I got in a play and got a laugh. I just said a line and, `boom.”‘

Freeman then worked in many small theater groups, including the Circle Players, acting for such eminent directors – and actors – as Charles Laughton, Charlie Chaplin and Robert Morley.

At the same time, the early 1950s, the television explosion took over Los Angeles. From her first regular sitcom role, as the maid in “Topper,” Freeman went on to do just about every sitcom of the last 50 years.

For all her voluminous credits, Freeman’s stage credits were mostly on the road – touring as Miss Hannigan in “Annie” for 18 months, then in “Deathtrap” and later with Lauren Bacall in “Woman of the Year.”

Her only other Broadway appearance was for five months in the 1978 production of “13 Rue de l’Amore” starring Louis Jordan.

• 2001 ~ Frank Emilio Flynn, a blind pianist and Latin jazz pioneer who performed with many great American jazz artists, died at the age of 80.

Flynn lost his sight at age 13 but continued to study and perform classical works, transcribed into Braille, with the Symphonic Orchestra of Havana.

Flynn’s great passion was jazz, and in the 1950s he developed his own jazz-influenced ballad style, known in Cuba as “feeling.”

Performing with the Quinteto Cubana de Musica Moderno, or Cuban Quintet of Modern Music, he developed into one of the most important Cuban jazz musicians of his era.

He played at New York’s Lincoln Center in 1998 with trumpeters Alfredo Armenteros and Wynton Marsalis.

• 2018 ~ George Walker, Trailblazing American Composer, died at the age of 96

Singin’ in the Rain is from a wonderful old movie of the same name and you can find it in Alfred Premier Piano Course Book 3. The movie offers a lighthearted depiction of Hollywood in the late 1920s, with the three stars portraying performers caught up in the transition from silent films to “talkies”.

Another version of the same song, sung a bit differently

From the Alfred Piano book 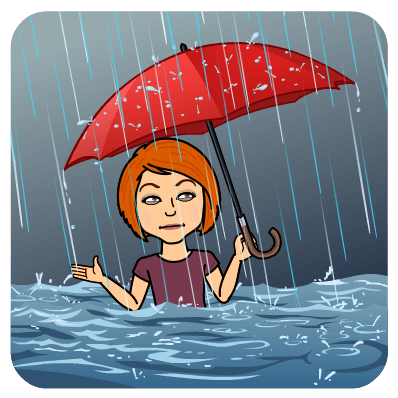