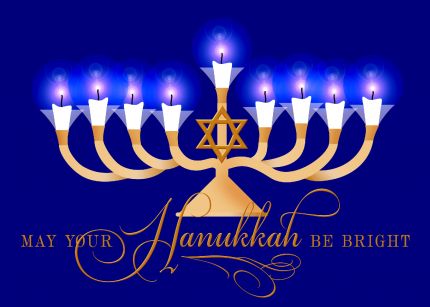 • 1926 ~ Benny Goodman played a clarinet solo. This was not unusual for Benny except that it was his first time playing solo within a group recording session. Goodman was featured with Ben Pollack and His Californians on He’s the Last Word.

• 1939 ~ Eddie Kendricks, Singer with The Temptations

• 1955 ~ Carl Perkins wrote Blue Suede Shoes. Less than 48 hours later, he recorded it at the Sun Studios in Memphis. The tune became one of the first records to be popular simultaneously on rock, country and rhythm & blues charts.

• 1969 ~ Tiny Tim (Herbert Buchingham Khaury) married Miss Vickie (Victoria Budinger) on The Tonight Show starring Johnny Carson. This is the Tiny Tim of the falsetto version of Tiptoe Through the Tulips fame. The NBC-TV program earned the second-highest, all-time audience rating; second only to Neil Armstrong’s walking on the the moon. Mr. Tiny Tim and Miss Vickie had a daughter, Tulip. Then in 1977 they stopped tiptoeing together.

• 1969 ~ Chicago Transit Authority became a gold record for the group of the same name (they later changed their name to Chicago). When the album was released by Columbia Records, it marked the first time an artist’s debut LP was a double record.

• 1970 ~ The Beach Boys played to royalty at Royal Albert Hall in London. Princess Margaret was in attendance and shook the royal jewelry to such classics as Good Vibrations, I Get Around and Help Me, Rhonda.

• 2004 ~ Johnnie Carl, Crystal Cathedral Orchestra conductor, took his life. Mr. Carl has been in the employment of the Crystal Cathedral for nearly 30 years and was internationally renowned as a conductor and as a composer and arranger of over 3,500 musical pieces. He was 57 years old. “Good King Wenceslas” is a popular Christmas carol that tells a story of Good King Wenceslas braving harsh winter weather to give alms to a poor peasant on the Feast of Stephen (the second day of Christmas, December 26). During the journey, his page is about to give up the struggle against the cold weather, but is enabled to continue by following the king’s footprints, step for step, through the deep snow. The legend is based on the life of the historical Saint Wenceslaus I, Duke of Bohemia or Svatý Václav in Czech (907–935).

In 1853, English hymn writer John Mason Neale wrote the “Wenceslas” lyrics, in collaboration with his music editor Thomas Helmore, and the carol first appeared in Carols for Christmas-Tide, 1853. Neales’ lyrics were set to a tune based on a 13th century spring carol “Tempus adest floridum” (“The time is near for flowering”) first published in the 1582 Finnish song collection Piae Cantiones.

“Hither, page, and stand by me
If thou know’st it, telling
Yonder peasant, who is he?
Where and what his dwelling?”
“Sire, he lives a good league hence
Underneath the mountain
Right against the forest fence
By Saint Agnes’ fountain.”

“Bring me flesh and bring me wine
Bring me pine logs hither
Thou and I will see him dine
When we bear him thither.”
Page and monarch forth they went
Forth they went together
Through the rude wind’s wild lament
And the bitter weather

“Sire, the night is darker now
And the wind blows stronger
Fails my heart, I know not how,
I can go no longer.”
“Mark my foteps, my good page
Tread thou in them boldly
Thou shalt find the winter’s rage
Freeze thy blood less coldly.”

In his master’s steps he trod
Where the snow lay dinted
Heat was in the very sod
Which the Saint had printed
Therefore, Christian men, be sure
Wealth or rank possessing
Ye who now will bless the poor
Shall yourselves find blessing